What is geo-blocking, and how to get around geographical restrictions? Suppose you are an avid TV series fan, a frequent traveler, or a heavy internet user. In that case, chances are you’ve already faced a message on your device screen saying, “This content is not available in your region” or something like that. It means someone is geo-blocking the content you were trying to access.

But what does it mean exactly? Why is that content being restricted? And who is behind it? This article will answer those questions in detail while providing ways for you to get around go-restrictions and browse freely.

Geo-blocking, or geo-filtering, is the practice of preventing internet users from accessing online content based on their geographical location.

That means you can only access the content on websites and internet services available in your home country or region, in other words, where you are.

It’s an effective way to replicate land borders in a digital environment.

Geo-restricted content is any content that is not available in the country the user is physically in. Geo-restrictions may apply to virtually any kind of content, ranging from particular films and TV series to entire websites and services.

Some content is now available worldwide, but it’s usually restricted to specific regions in most cases. That can be frustrating when you want to watch a show or stream a video that is not available in your country.

What is the purpose of geo-blocking?

The purpose of geo-blocking can be commercial, political, or ideological. It varies depending on the organization behind it. Authoritarian governments try to control what citizens see or do online. Entertainment corporations try to regulate content use due to copyrights and licensing agreements.

But the reason why an online service like Netflix or Hulu blocks your access is not always apparent. A YouTube video, for instance, could be restricted either for copyright or ideological reasons depending on the user’s actual location and the respective local policies.

Whether geo-blocking is used for internet censorship or to comply with legal obligations, it allows for the restriction of content based on the perceived device’s location.

How does geo-blocking work?

Geo-blocking works by allowing (or blocking) access only to the IP addresses within specific IP scopes. Usually, these IP ranges can reliably be associated with particular physical locations.

That’s the most common and effective methods websites use to access some geographic regions (e.g., the United Kingdom, Australia, Europe) while blocking out others.

But the venom is many times also the medicine. IP masking is a way proxies and virtual private networks (VPNs) alike provide to circumvent those blocks.

You can assume all streaming services like Sling, BBC iPlayer, and Netflix are geo-blocked. Original content apart, they all have to negotiate terms and follow the rules under a licensing agreement firmed between them and copyright owners, a.k.a studios.

Geo-blocking falls under a grey area regarding laws and regulations. Interpretations and legal premisses may vary from one jurisdiction to another.

Restrictions based on geographical location are situations that affect everyone, everywhere, on many levels. The practice has long been controversial, even being considered a violation of users’ privacy and digital rights in some cases.

Considering I’m not a lawyer, I’ll try to discuss it from a philosophical perspective.

Although companies have good reasons to apply such methods, it doesn’t necessarily mean they are right. Geo-blocks can lead to unethical and harmful practices.

But is bypassing geo-blocking illegal?

Similar to the geo-blocking itself, bypassing geo-restrictions cannot be declared illegal by law (even though some law somewhere could perhaps state that). The topic remains open to interpretation.

For instance, other strange situations that result from geo-blocking deserve further discussion from the customers’ perspective.

We can say that it’s at least unfair when customers from other countries only have access to a much-limited content library on the same streaming platform. That’s not what a global market is about.

Not to mention when you get blocked on your favorite streaming services such as Amazon Prime Video or HBO Now just because you are trying to access them from abroad.

It seems to me that, despite living in a digital world, territorial legal premises from another era. I’m pretty sure many law specialists would agree that’s

Those are two complicated matters, and comprehension varies from country to country. The European Commission legislated in favor of customers, regulating none discrimination among member countries and assuring the right of content portability when citizens travel within the European Union territory.

Other questionable uses of geo-blocking

Depending on the customer’s location, e-commerce, airfare, and hotel reservation sites, for instance, charge different prices. Companies try to paint it as a simple taxes impact, but that is not always the case.

Based on the political and ideological bias, some authoritarian governments prevent citizens from getting access to certain information, blocking news portals and information resources, thus, degrading their right of choice.

When governments and other entities seek to stop users from going to certain websites for no reason, they configure censorship practice, which is clearly against the Universal Declaration of Human Rights, specifically the freedom of information mentioned in Article 19.

How to get around it to unblock content and websites?

The same way companies use IP addresses as an identifier to block you out, you can rely on these numbers to provide you virtual presence anywhere and unlock global access. Four solutions can give you that possibility:

The best way to avoid geo-blocking is to use a VPN to switch your IP address for one related to your target location. VPNs are easy-to-use tools that you can install on your devices connected to the internet.

They offer the flexibility to connect to private servers in different countries, thus hiding your IP behind another while encrypting your traffic data. That gives you extra layers of privacy on top of unlocking geo-restricted content.

VPN services with broad geographical coverage are your key to unblock the World Wide Web from anywhere in the world.

Proxies work similarly to VPNs with less flexibility and security features. Sometimes, they can be enough to unblock website restrictions based on geo-location.

Other times, though, you won’t be able to choose the exact location of the server you want to connect to bypass a specific geo-block.

The Domain Name System or DNS is an essential component of the internet, as it works as a bridge between computers and people. They translate domain names into IP numbers and vice-versa to make communication easier. DNS servers record data about domains and propagate it across the web.

On a DNS level, this type of server can also be used for blocking or allowing users’ access based on its location. But it won’t offer security or privacy; just forward data.

The web browser offered by The Onion Router project is another way to disguise yourself online to get a higher anonymity level and browse the web freely. But it comes with some caveats. Depending on the type of content you will be trying to unblock, its performance can be way below the required speed.

Unblocking geo-restricted content is controversial, with different implications and interpretations depending on divergent points of view and local jurisdictions. While companies and copyright owners can argue in its favor, many cases where its use is unethical can cross the line on human and consumer rights.

If you feel the urge to get your online freedom back, the best way to go is to use a VPN. Otherwise, you can let them decide what you should listen to, watch, read, or access.

Your subscription could not be saved. Please try again.
Almost there! You'll receive an email in a few minutes. Open it and click the button to confirm your subscription.
Recent posts VPN Blocking: how to bypass VPN blocks to browse freely and safely

VPN Blocking can be harmful. But what really happens if your VPN gets blocked? Learn how to bypass VPN Blocks and avoid boundaries online. 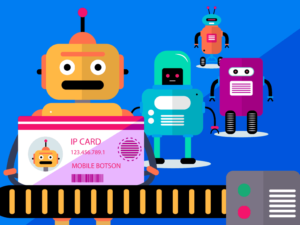 What is IP blocking, and how can you avoid IP bans?

The internet is public and mostly open. But what happens if you get hit by IP blocking? Understand the problem and how to avoid it. The Pros and Cons of Net Neutrality: All You Need to Know

Net neutrality is a core issue that needs to be addressed by society. But what is it, and what’s behind the ideas in favor or against it. 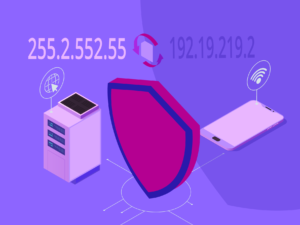 Do VPNs Hide Your IP Address and Spoof Your Location?

Do VPNs really hide your IP address? VPNs are great tools. Hiding your IP is vital to enhance your privacy. But are they a perfect match? 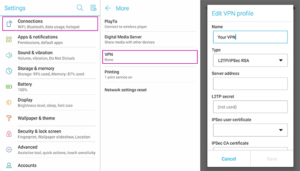 VPN setting on Android devices offers a native option for managing VPN connections. You can set up VPN access for your device based on your

Why is my VPN blocked by the school?

Getting your VPN blocked by the school is a pretty common issue. With new generations of students connected continuously to the Internet, it is becoming